skip to main | skip to sidebar

Flavor: hoppy bitterness throughout and it lingers well after the taste, almost to much. There are hints of caramel flavors and slight butter (maybe diacityl) flavors.

Overall Impression: It smells more sweet than it is. There is lots of hop flavor and bitterness like an IPA should be, but malt is lacking and therefore lends to an unbalance. There is a low hip aroma for an american IPA.
Posted by marcus at 7:00 AM No comments: 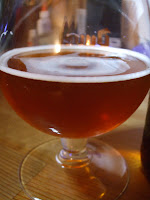 Appearance: clear orange huewith white head that dissapates to a ring and clings to the glass

Flavor: Sweet maltiness followed by an easy balanced spicy bitterness. There is great balance here between malt and hop bitterness/flavor. 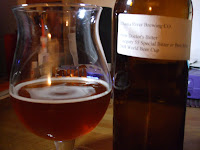 Overall: I believe this is one of the best beers I have had from the WBC swag bag. The beer is very drinkable, balanced and very flavorfull. A complex beer that is very well done. This is one of my favorite breweries from back home.
Posted by marcus at 8:00 AM No comments: 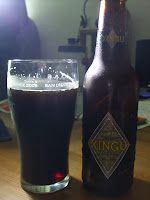 Flavor: Sweet, malty followed by a hint of hop bitterness ending with a sweet finish. I find some chocolate/anise flavors and some nutiness. 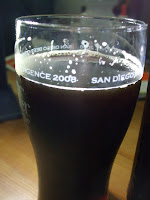 Overall: More red than black and virtually no head, but overall beer was clean with no glaring faults. A good representation of the schwarzbier style (see above at style guidelines). I could drink this as a session brew. A good clean lager beer with plenty flavor.
Posted by marcus at 9:50 PM No comments: 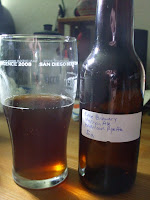 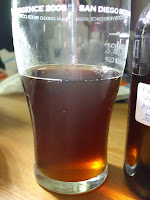 Overall: A nicely balanced beer. You can tell the rye is there without it being overpowering. The beer is very complex and smooth. I could drink a few of these. I recommend this beer.
Posted by marcus at 9:00 AM No comments: 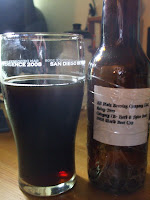 Aroma: a mix of diacetyl and medicinal aromas

Flavor: I get phenolic, medicinal, plastic (band-aid), metallic flavors. There are some hints of nutty, maple, chocolate flavors followed by a slight bitterness. There seems to be something very wrong about this beer.

Overall: After tasting this brew I became curious about the brewery. After a quick review I found the brewery may not be a brewery? They have a wierd website. Anyway, it seems to have been fermented at a high temperature and/or needs healthy yeasts and finally may have some serious infection issues. This beer also seems to have a homebrew quality character to it, kinda like it's a 100% extract brew. I have to dump out this beer!!! I hope I don't have to do this more often in the future... :( Alt Platz, NEIN! 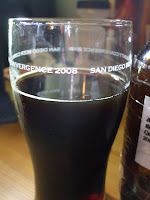 Posted by marcus at 8:11 AM No comments:

Well, its been awhile since I brewed my Honey Kolsch (April 5th). I have been both busy and waiting on a certain type of honey to use. I had hoped to have this bottled by now, but life has intervened. Meanwhile the kolsch has cleared up nicely and will get a wildflower honey put into the secondary, where it will lager a while longer (maybe 2-3 weeks). At that point I hope to 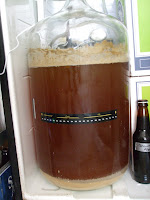 bottle with a different type of honey, maybe blackberry? I decided to put the honey in the secondary, instead of the boil like last time, to see if there is a difference in taste, mouthfeel, aroma etc. It is the same honey and ingredients. Cheers,

I finally recently bought a book called "Radical Brewing" by Stan Mosher. I have to say that the book is very intertaining and motivating. It is probably the best "homebrewing" book I now have. If you feel you are lacking some creativity in your beer formulations, pick up this book! 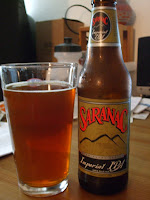 8.5% abv. This is the first in the series of high peak series of beers that are bigger, more complex and flavorful. These beers are meant to be sipped and savored.

Appearance: Orange hue, with white head that clings to the side

Taste: Alcohol is dominant flavor (giving it a sweet taste) followed by abrasive bitterness and a hint of caramel flavor. There seems to be so much hops in this that it has an oily texture. There is a semi-dry finish & a lingering bitterness aftertaste. 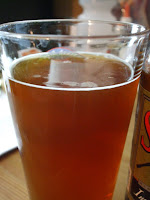 Overall: Malt backbone seems to be hidden by alcohol and hop bitterness/flavor leaving this IIPA kinda unbalanced for my taste. I'm on the fence with this one, especially with the it leaving an oily texture in my mouth. I'm glad I got to try this beer and would drink this one again, but not anytime soon. This beer was true to its label "a beer to be sipped and savored", that I did. 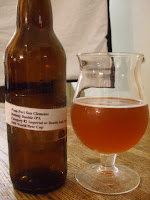 Overall: Another great beer from Pizza Port. Hop bitterness was present but not abrasive and the malty background was not masked. Although the aroma was on the weak side, I thought it made this beer more approachable. I would drive to San Clemente to drink another pint of this!!!
Posted by marcus at 10:31 AM No comments: 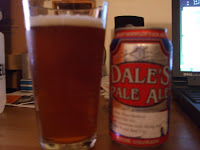 Overall: Great balance & complexity, as it starts sweet with caramel notes and is followed with a hoppy flavor, aroma, bitterness. Great version of an american west coast pale ale. Balanced and tasty enough that you can't taste the alcohol (6.5% abv).
Posted by marcus at 10:17 AM 4 comments:

After two weeks of getting over the carziness of the World Beer Cup I still feel as if I need more rest. It was so much fun, yet so very tiring. But, I will do it again in a heart beat! In fact I plan on going to the next GABF and WBC in 2010 in Chicago. Here is a small bit of what I can remember right now of who I met and what happened.

I was able to meet many "rockstars" in the industry, both professional and homebrew. People like John Palmer, the More Beer guys, the Brewing Netowork crew, and many other QUAFF members in my club who have won many prestigous awards. In the professional ranks I was able to meet Tomme Arthur from Port Brewing/Lost Abbey, Peter Broukart from New Belgium, Jeff Bagby from Pizza Port, Nico, Mark, & Bill from Turtle Mt. brewing (my hometown), Jeff Jinnett from Chama River brewing & Marble brewery (from my hometown & won two medals). I also got to talk to and meet a few brewers from the east coast JT at Smuttynose Brewering, Jason Perkins headbrewer - Allagash.
You must visit there website as they are brewing up a spontaneous beer, which they have documented on there website. I also have a beer called "Innoculator" that I scored at the WBC, which was never sold, it was an experimental. I can't wait to try it.

This is what stands out for now. Thank you to everyone whom I met at the WBC and I can't wait to hang with you guys again at the 08' GABF. Everyone came here for the beer, but in the end it was the human interaction that made the event and experience. Thanks for making it so fun and memorable!

Below is a list of my new favorite breweries to check out!
Bull & Bush brewery
Upland brewery
Midnight Sun brewery
Allagash brewery (already liked those guys, but have a renewed interest due to their recent experimentation)
Posted by marcus at 1:32 PM 3 comments: